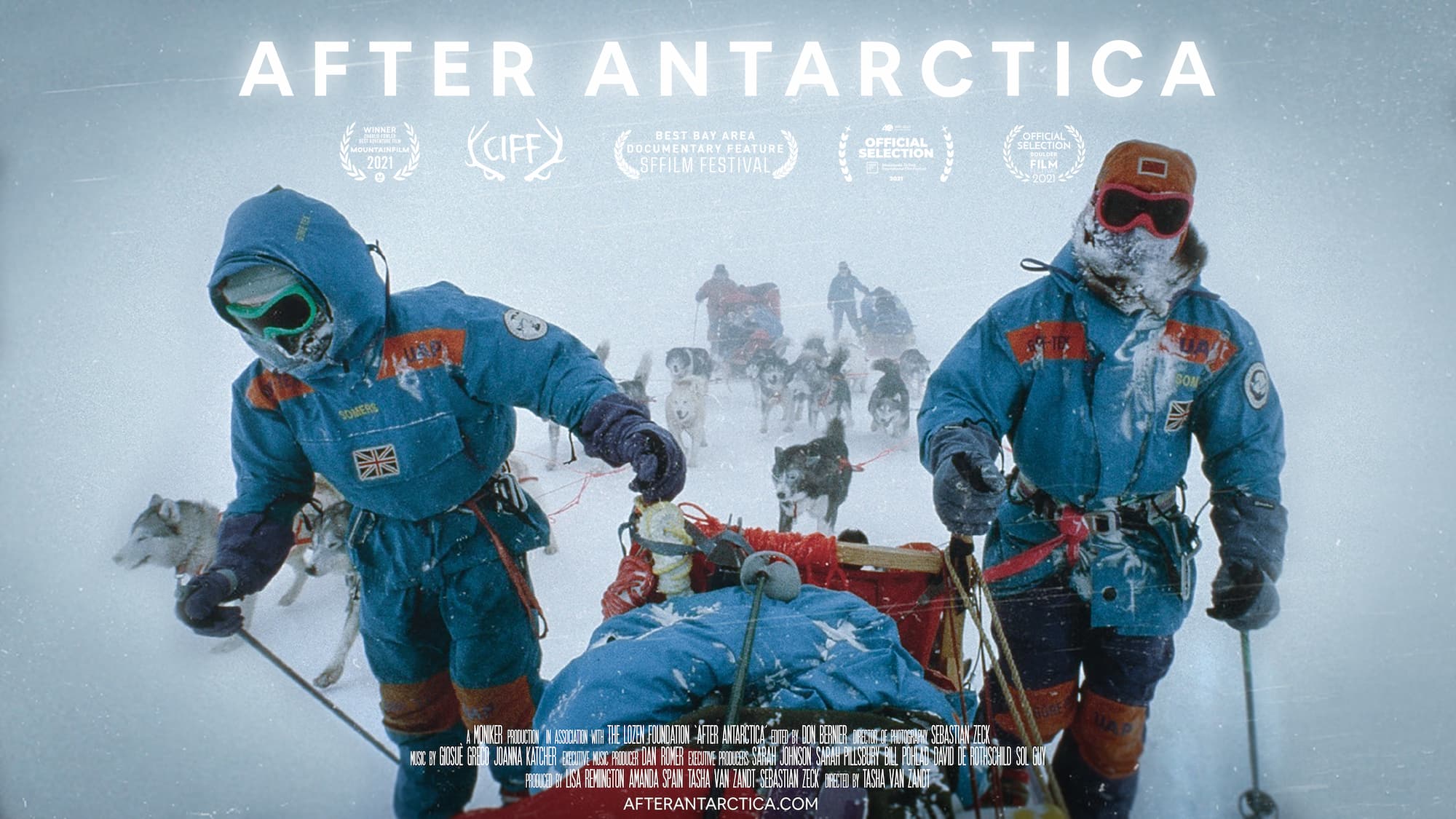 “Partly a psychological study… and partly an alarming look at what climate change is doing to Earth. “Antarctica” achieves both its ends with skill and thoughtfulness.”
–Randy Myers, San Jose Mercury News

“Beautifully filmed, smoothly paced and intimately detailed, it is a portrait of a man who is a contradiction. Steger is both a loner and a public figure who has changed presidents’ minds.”
–Ryan Stuart, Men’s Journal

“Impeccably crafted… both nail-biting suspense and meditative appreciation for the riches of nature.”
–SFFILM

In a dramatic attempt to bring attention to climate change, an international expedition led by renowned explorer Will Steger embarked on the first-ever coast-to-coast expedition across Antarctica in 1989. Six men and their sled dogs braved howling storms, sub-zero temperatures, snow crevasses, and other perils as they traversed the icy terrain. After Antarctica catches up with Steger 30 years later as he revisits the frigid continent, weaving his contemporary journey with rare, dynamic footage of his original, treacherous seven-month odyssey.