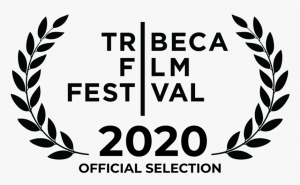 “Impeccably crafted… follows the case against Larry Nassar and doesn’t stop until it exposes the rotten system that made his crimes possible.”
–Kate Erbland, IndieWire (Critic’s Pick)

“Athlete A is infuriating, anger-inducing, frustrating and, ultimately, inspiring… Its brain is a meticulously structured fly-on-the-wall procedural of investigative journalism, but its heart and soul are Larry Nassar’s courageous victims and their heartbreaking stories.”
–G. Allen Johnson, San Francisco Chronicle

“Compellingly told by Cohen and Shenk so that we experience the pain and courage of these survivors… But it’s also a testament to the obsession that gave cover to their abuse.”
–Owen Gleiberman, Variety

“Athlete A plays out like a horror film… a devastating challenge to how a civilized society can call this win-at-all-costs Soviet-styled model a ‘sport’ – because those girls never had a chance.”
–Fionnuala Halligan, Screen Daily

“Directors Bonni Cohen and Jon Shenk and their regular editor, Don Bernier, structure everything perfectly, resulting in a cohesive yet multifaceted masterwork of its kind.”
–Christopher Campbell, Nonfics

During the 2016 Summer Olympics in Rio de Janeiro, while all eyes were on the U.S. women’s gymnastics team, reporters from The Indianapolis Star broke a startling story: they had uncovered evidence that the executives of USA Gymnastics, the sport’s national governing organization, had failed to properly report serious allegations of sexual abuse. As the initial report circulated, a spotlight was soon shed on revelations of one serial predator: Larry Nassar. For years, the USA Gymnastics team physician had been molesting hundreds of young female gymnasts, all under the guise of giving them “treatments” to help them train at a higher level. Focusing on the team of investigative journalists from the IndyStar newspaper who exposed the abuse, Athlete A takes a disturbing look at the toxic culture within USA Gymnastics. Filmmakers Bonni Cohen and Jon Shenk trace the public relations stopgaps that not only sheltered this abuse, but also created a coaching ethos predicated on gaslighting, designed to generate winning athletes at any cost. Insights from former gymnasts paint a damning portrait of systemic oppression inside the world of elite gymnastics, where the stakes are so high that those in charge can be driven to silence survivors and cover up the unthinkable. Athlete A, a Netflix Original Documentary, had its world premiere at the 2020 Tribeca Film Festival and won a 2021 News & Doc Emmy award for Outstanding Investigative Documentary.