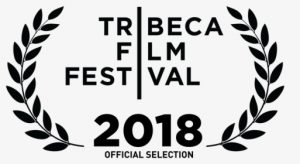 “If the laws of the street dictate that every man fend for himself, then Charm City proves that some folks can find a calling by fending for others.”
–Jordan Mintzer, The Hollywood Reporter

“Simultaneously harrowing and nuanced, Marilyn Ness’ feature documentary Charm City explores the violence epidemic in Baltimore over the course of three years… but Ness argues that through empathy, progress can be made.”
–Christian Gallichio, The Playlist

“Both timely and distant, the film contemplates the city’s future while addressing its recent past… Directed by documentary powerhouse Marilyn Ness, the film feels like an excellent addition to a recent string of strong political docs.”
–Erik Luers, No Film School

Filmed during three years of unparalleled violence in Baltimore, Maryland (aka: “Charm City”), this documentary delivers an unexpectedly candid, observational portrait of those left on the front lines. With grit, fury, and compassion, a group of police, citizens, and government officials grapple with the consequences of violence and try to reclaim their future. Charm City made its world premiere at the 2018 Tribeca Film Festival in New York City.